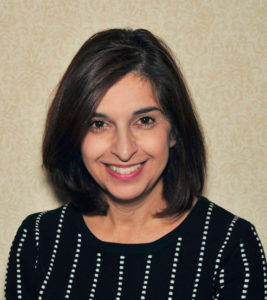 With extensive knowledge of the region’s philanthropic community, Kim is one of moss+ross’s senior fundraising consultants and has 14 years of experience in university development, non-profit management and fundraising, board development and engagement, prospect research, community outreach, and private consulting. Her breadth of experience has supported a variety of engagements including capital campaigns, annual fund campaigns, development and organizational assessments, feasibility studies, strategic planning, Board training, executive search, and prospect research.  Most recently, Kim was a co-presenter with the moss+ross team at the 2017 North Carolina Philanthropy Conference on the topic of “Moving your Donors to Major Gifts” and will be a contributing resource writer for Philanthropy Journal beginning in January 2018.

As a volunteer, Kim currently serves as Chair of the Board of Directors for The Green Chair Project in Raleigh where she has led the Executive, Development, and Strategic Planning Committees. In addition, she chaired the Campaign Planning Committee for The Green Chair Project’s $3 million capital campaign and currently serves as co-chair of its Advance Gifts Committee. Kim also serves on the Stewardship Taskforce at Edenton Street United Methodist Church.

Kim joined moss+ross in 2011 after a career of working in nonprofit management, higher education fundraising, and government auditing.  Her development career began in 1992 at Duke University where she served as Director of Prospect Research and led a team of prospect researchers with responsibility for identifying, researching, and rating major gift prospects for the University’s successful $500 million capital campaign.  In 1996, Kim was named Director of Development for the University of Louisville College of Business and Public Administration, a top ten school in entrepreneurship. In addition to identifying, cultivating and soliciting major gift prospects, Kim established the college’s first National Visiting Committee comprised of internationally recognized entrepreneurs, including Michael Mondavi and John Peterman.  Early on, she served as the Community Outreach Coordinator for Greensboro’s Center for Creative Arts where she supported fundraising efforts and directed the Very Special Arts program for special needs children.

Kim began her professional career in program audit with the Government Accountability Office, following graduation with honors from UNC Chapel Hill’s Kenan-Flagler School of Business in 1988. Kim lives in North Raleigh with her husband, Tres, and has two children, Matt and Peter.