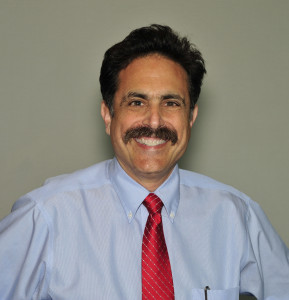 Fred Stang has been an Associate with moss+ross since 2010 building upon 30 years of service to the Triangle community. He is one of the firm’s executive search specialists having co-led more than 40 searches and also works on development assessments, and feasibility studies including co-authoring more than a dozen reports, and staff retreat services.

In 1994, Fred was hired as the Triangle Community Foundation’s first dedicated development professional. He was soon promoted to Director of Development with responsibility for all aspects of the Foundation’s fundraising operations. He is proud of being part of a team that helped the Foundation grow from $10 million in 1994 to $135 million in 2010. Fred helped individuals, families and businesses create charitable funds meeting their philanthropic goals and assisted nonprofits in building endowments. Fred has experience with the full range of current and planned gifts.

Born and raised in Greensboro, NC, Fred received his BA in Psychology (1977) and Master of Social Work (1982) from UNC-Chapel Hill. His social work career took him from co-leading with his wife a group home for emotionally troubled adolescent boys to becoming the founding director of one of the first batterer treatment programs in the state. He was recognized for his work with one of the first Z. Smith Reynolds Sabbatical Awards. He spent eleven years at the Orange/Durham Coalition for Battered Women, transitioning in his final two years from treatment to fundraising followed by a year as capital campaign manager for Triangle Hospice before joining the Foundation.

Fred was honored to be in the founding class of Leadership Triangle and later became the organization’s board chair. He has been a board member of the NC Estate Planning Council and chair of the Durham/Orange Estate Planning Council. He was a founder and co-leader for the Chapel Hill-based Neighbors for Responsible Growth, a past chair of the NC Center for Public Policy Research and a past board member with the Executive Service Corps of the Triangle.

Fred is married to Claire Lorch, education coordinator for UNC’s Carolina Campus Community Garden, and has lived since 1973 in Chapel Hill, where they raised their two children, Hannah and Ethan. Fred and Claire have traveled extensively in Europe and spent a year living and working on a kibbutz in northern Israel.